Bologna is an important territory to generate a debate between the two parts of the modern countrysides and the medieval urban centre, and how street art relates to them.

The presence of street art involves the reduction of vandalism and, parallely, an important development of the social movement, which is happening right under the eyes of the municipal institutions. Since a long time, these same institutions have been misconcepting a true and breathing artistic valorization process, which still is keeping up even if the risks are high and even if there are no money gains.

The fight against vandalism may result in a penalization of graffiti, a totally positive and revolutionary process which was able to develop itself in cities which allowed its growth. It's an self-economically fed process which brings an improvement to urban areas. You don't need to be excessively smart to understand that street art and urbanization go among themselves. The first element is continuously re-shaping the second one, explicitly making it more fascinating and interesting.

To be analytic, true writers really respect the wall, the train or whatever surface they are writing on. They usually set up a strong emotional link with the urban contest where they operate. Most of times, they are much more sensible than the municipality, which should truly taking care about the esthetics of the place. This is the case about Berlin and Blu. The world-famous artist has recently destroyed two of his most famous paintings in the teutonic city, using a dramatically black paint to cover the drawings. The two pieces were realized in 2007. This self-destruction has been reported by the artist itself on the internet, saying that because of a new re-designing of the urban area of Kreuzberg, which was hosting the two pieces, he didn't feel like they were akin to stay there. "We felt like it was time to erase both walls" is the sentence which concludes the post. It was a formal protest agains the hyper-urbanization which is taking place in the popular areas. Time to erase.

Erase what? Materially, when an artist paints on a wall, he is conscious that everybody who will pass through that place will see his wall. An image generated by him. Street art is a process which radically rethinks public areas. The action of a vandal clearly results in something negative. Writers act as a civil counterpart of the public developing process, they participate in it, being responsible up to the point that they can formally destroy their previous work, if they think it's necessary.

Blu is an important example, because of his origins and because in Bologna he tried different techniques which radically influenced his style, demonstrating that our city literally needs and seeks for conscious innovation, culturally based. It should range from the most traditional sprays to the aerosols, to the most recent ones. We are talking about artists who really feel the consequences of their acts, they know about their huge audience and how they are able to move the trends. They are aware of the dignity of their art and of how it's strongly related to the place where they operate.

The positive aim of Street Art is to allocate the piece in a wider dimension and context, radically transforming it.

It's not an individual benefit, it's not just about the reputation of the writer after completing the piece. It's much more social, people is influenced by it (usually positively), and the piece is usually converting the banality of a blank surface into something which everybody can enjoy, something esthetically beautiful which has a much deeper meaning than his esthetic can show.

The concept of graffiti and street art is open up to people's common areas like streets, bridges, buildings, trains, footpaths, street signals, etcetera. It's much more available on the streets than in private areas like museums or private collections. It's sometimes done in really crowded places where citizens get reunited, sometimes in areas forgotten by  God in the middle of nowhere, but still, the place where the writer decides to write is crucial. This particular value which is given to the opera is mostly given by the urban contest where the writer is painting. Of course, the quality and the detail of the graphic is important as well to judge the meaningfulness of one graffiti, but not as much as the urban location.
The most important statement is given by Blu itself. A truly respected writer who is painting since almost 17 years who is protecting the link between his art and the urban context where it used to be.

Finally, it's just a matter of time before that the municipality and the street art will finally get to a more defined and long-term agreement, allowing the Beautyto be more accessible to the people, in more spaces and over bigger surfaces. Nowadays, the situation is not that bad in Bologna. For example, in the neighbourhood of San Donato the artist Dado has been working over huge surfaces, thanks to an agreement with the municipality of Bologna. Thanks to these agreements, the whole urban citizenry is getting benefits from the artistic and truly awesome paintings of this guy. It's undeniable that there's a sufficient quantity of awareness behind this movement, enough to make every political and institutional repression unjustifiable, as well as the association with vandalism.

Vandalism and writing are in the same relationship as the killer and the policeman, both with guns but with totally opposed aims. Every approach which denies this evidence is to consider based on a generic ignorance about writing and its history.

It does make sense repeating it, street art can be miraculous. Because of this reason, the massive diffusion of this phenomenon, from high peaks of art to aborting stuff, places the citizen in front of the necessity about thinking of its true meaning and about its potentialities. Which often loose attention because of the three cards game, which involves politics. 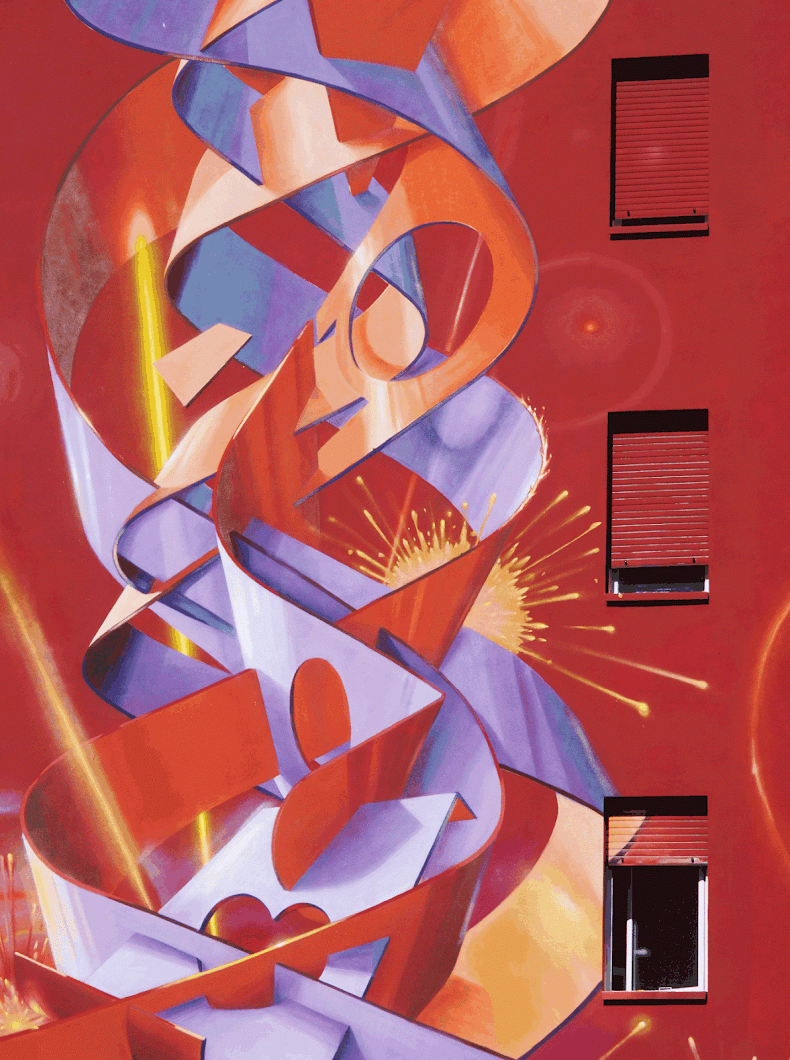 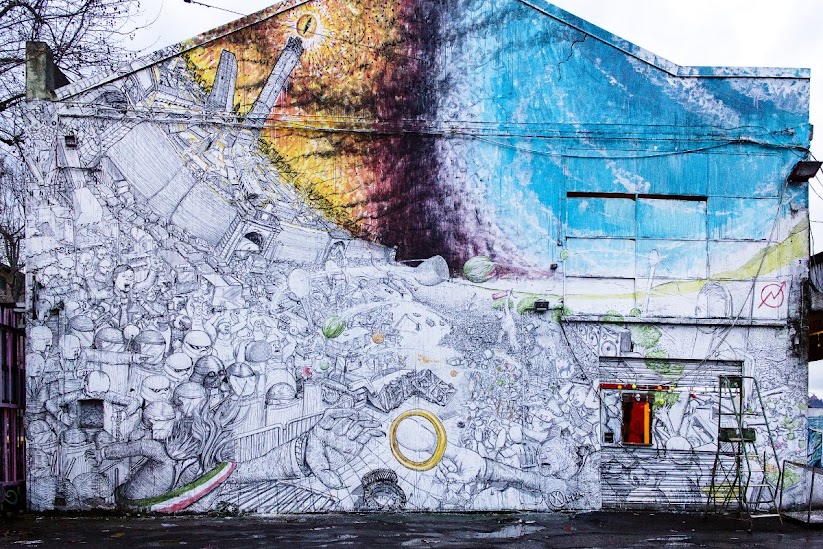 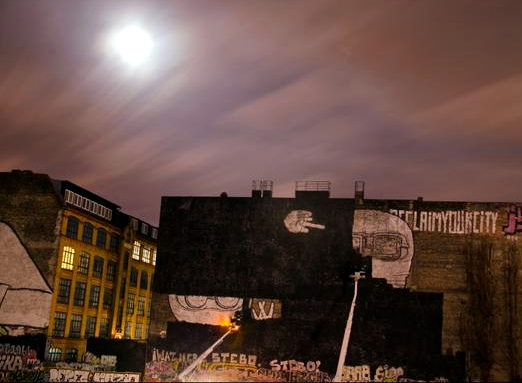