Trici Venola a couple of years ago in Istanbul 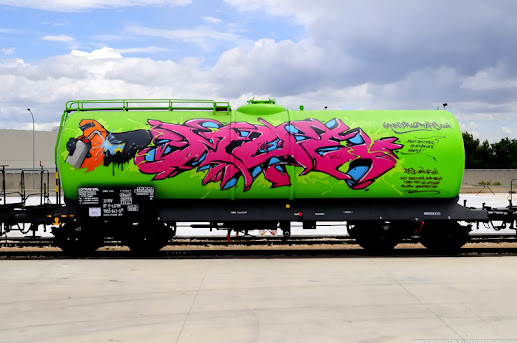 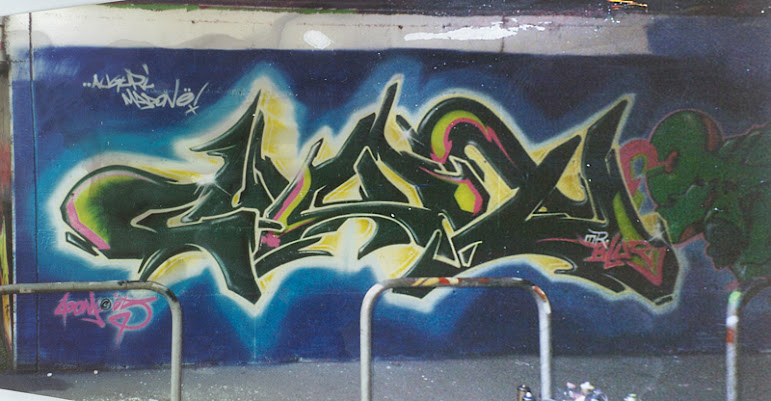 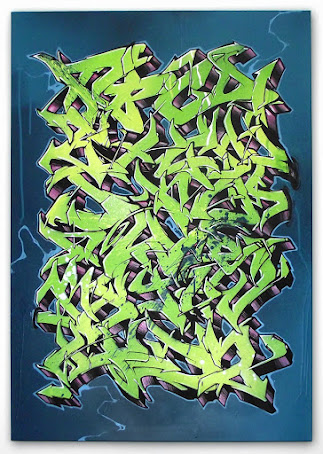 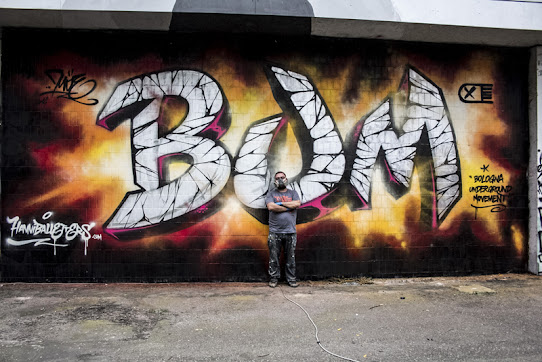 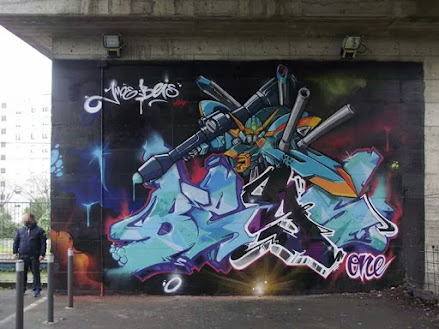 If the disciplines which form hip hop are four, writing is the one which concretely contains the smallest number of elements which can be linked to music. In my experience I noticed that many writers are involved into music (for example, Lord Bean). However, hip hop is not always the genre, or, at least, not the only one. Since you were artistically born, how did you interact with music and, more particularly, with rap?

When I started writing and hip hop were really close, almost the same thing. The people who introduced me to graffiti world at the same time taught me a lot about rap, hip hop and black culture. This process brought me to a certain style, at the point that today I follow all the four disciplines, even if I just practice one of them.

When I was younger I remember a good way to discover new Graffiti was checking crew's Fotolog, in order to look for them in the street. In this way I discovered true spray paradises, such as Via del Chiù, San Donato's bridge and Lunetta Gamberini. I never understood how writers deal with postal police, but I wonder how you lived the passage from Polaroid to Instagram. What did change, positives and negatives?

Nice question: since our hobby is quite particular, my suggestion is -pay attention to what you make public and accessible to everybody-.

The switch from writers bench to social network writing has some positives, for example the easiness in contacting and sharing stuff.

Today is too easy to share your name and your stuff, much easier than before the Social Network era. This is why sometimes we get in touch with deviant works, which we would have never seen few years ago. In addition to this, people is able to talk about stuff which is not under his jurisdiction.

Now you established in Bologna, but I recently read on Groovisionary that you originally come from Molise. Oh, Bologna! Lots of writers included Bologna in their ways. Just like everyone, I now you had one or more masters and models who inspired and helped you during your first approach to sprays. Who were they and how did they influence your style? What do you think about nowaday's situation, compared to the times when you started? Do you have any favourite groups you like to paint with?

When I came to Bologna I was already grown up, however I like saying this city strongly influenced me even when I wasn't part of it and I was not able to see it from a close distance. When I got introduced to this stuff, well that was the period of the Zero Stress Egemony. As you said, a couple of my masters and models come from here.

Writing has really changed during these 22 years, but still it's a continuous source for stimulations. It's influencing my routine, my way of seeing and interpreting reality.

The groups I prefer painting with are ZSE and Xtreme Texture, which are my crews. Generally I like painting with other people, I'm not the one who self-limitates himself about the collaborations. I choose people I paint with relying on quality parameters of course, but to me it's much more important to feel emotionally good with them. This is the reason why there's a no name crew around me composed by Hokum and Apice, Erik, Moin and Fact, Ciufs & Rusty and many more.

Personally I like tags, however there must be some rules. I'm talking about sharp lines, respect for the surface on which you are writing, originality. I see people tagging their brand new name originated by a graffiti generator found on Google. They are proud of their job as well. They buy a marker, they scribble the first empty space and they suddently realize "it looked way better on the paper". Which is your point of view about tags?

Tag is basic for those who paint. Those who studied their handscript are able to obtain calligraphy masterpieces, innovatives and full of style. Today this subject is much more complicated, some people preted to "break the world" without studying before. It's sure that, with no quality, it makes no sense at all.

Another thing I want to explicit is that nobody can assume an historical palace is esthetically improved by somebody whose hand practiced for a couple of months.

We are almost done. Do you have any hints to give to those who are opening up to Writing world?

Today we have a lot of interesting stuff to see around.

Sometimes writing level is extemely high, those who start should take this as a model and develop something personal.

Which channels can be used from our readers to contact MOE?

Look for Hannibal Letters (with no space as well) and you'll find pictures, information, news.

As a conclusion, a couple of questions for the newbies: who is Moe, what's Hanniballetters, which is the social aim of your art, if there's one.

Hanniballetters project was born in 2008 when I decided to create a website containing my new stuff.

It was not possible to find a domain with my tag. This is how I got my official a.k.a. Of course it's related to my area.

Since today it's still convincing me, I keep using it. Somebody is calling me "Hannibal" : )

My graffiti have no message or social aim. My target is writing my name and innovating my letters. If I'm doing something with which I want to throw a message I do it without involving my tag, even because I don't think graffiti can cover this argument. 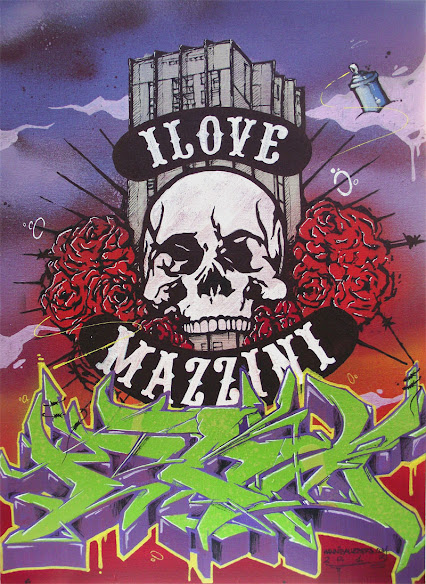 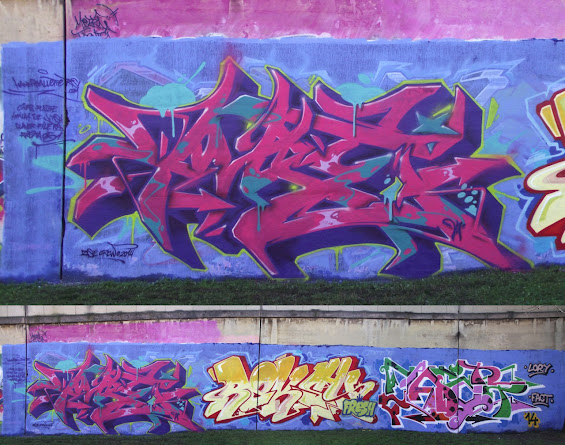 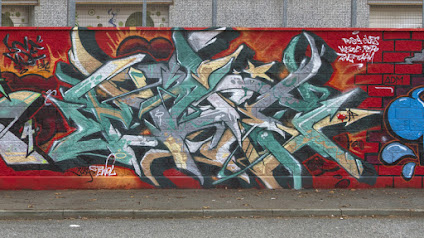 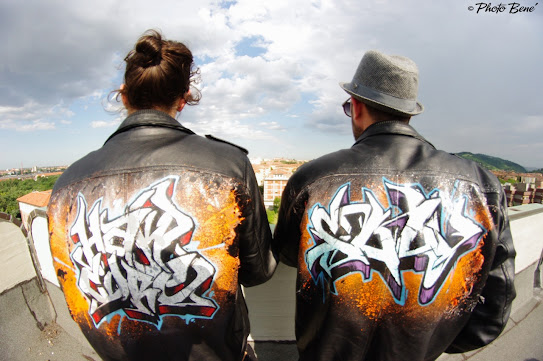 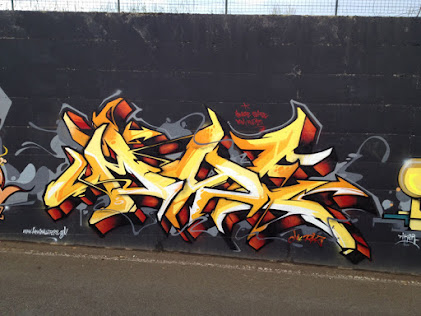 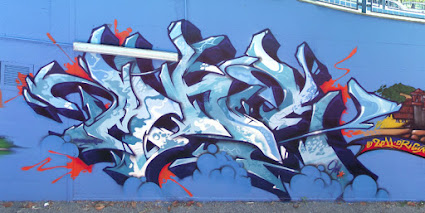 Originary from South of Italy,MOE approaches graffiti in 1992, getting in touch with it through Pescara's background and surrounding areas. For several years he is based in that area, even if he is painting allover Italy and Europe, organizing hip-hop events as well.

Always focusing on the evolution of his wildstyle composed lettering, it has been a while since he moved to Bologna, where he became active part of the local area.

Even if collaborating with made in BO artists, he still is a member of ZSE, whose members come from allover the Nation and beyond. Finally, he is part of his city's native crew, Extreme Texture.