I met Rebus looking for a nice talk in front of a beer, (who could ever imagine that Cagliari’s Brewery stout could be so tasty?). While the majority of the clients is sitting on a table, we sit on a small wall,  making the atmosphere of our talk even more particular.

Walking through Rimini you can easily realize how an artistic city it is. Even if its dimensions are not even close to Bologna or Istanbul, for those who choose to look for art instead of picking up girls and get drunk in front of the sea, is not that difficult to incurr in interesting stuff. The walls of the main streets we can read words like: “me and you, three meters over the sky”, some politic sentences, like the always high valued “everybod* fre*”. Eventually, for those who really feel the city, they have quite a large range of pieces to see. Pieces drawn by people who want to make their fantasies alive, even if, until now, they just found space in the end of their small diaries. Moreover, those kind of pictures you draw when your professor is not interesting enough or when, tired after a whole working day, the only thing you want to do is coming back home to set your artistic instinct free.

Actually let’s get back to that night, it was the twenty-fifth of April, we were on a small path in Rimini, me, Rebus, our desire to tell each other our stories and, of course, the artisanal beer.

"When did your love for drawing start?"

"Let’s say I started when I was around fourteen years old, I was studying at the artistic high school of Viserba. This is where I started drawing illustrations originated from the metal culture. My first subjects were slipknot’s masks, even because everything dark and consciously sick always fascinated me.

The satisfaction about drawing was not given by the quality of the shapes, I liked to put my subject in every position I wanted, in every situation, even if they were uncomfortable or terrible ones.

I’ve always been thinking about drawing as an extremely personal way of escaping reality, never been looking for anybody’s support, I am still very quiet in showing my drawings to people I don’t know, because they represent a part of me which is not showed in the daily routine, the same part which pushes me in drawing ugly monsters and dramatic situations.

I’ve always been drawing exclusively on paper, until when I got in touch with the center Casa Pomposa, where I learnt the basic rules of sharing knowledge and materials like pencils, spaces, ideas and drawing approaches.

Here is where I met Burla, an older guy well know thanks to his talent in playing and drawing: I took inspiration from him for what concerns the style, the unusual utilization of colors and subjects. Thanks to his teachings I got confident and I started drawing my first subjects over the trashed walls of Rimini’s centre."

"Starting from paper, passing through sprays, you finally reached tattoos. What brought you to this change?"

"Tattoos’ world always interested me, since I was a kid I’ve always been liking piercing, dilatators and everything that was not well seen by our bon-ton society. Recently I’ve been getting closer to ink because a friend of me who is tattooing invited me to his lab to draw over some synthetic skins.

Since that moment I realized that my favourite illustrations could have got some space over my skin as well, with the aim of composing a mosaic which could delineate my identity. I could have been unique, even because the majority of my tattoos are made by me or by friends of me. In the same way I believe that my personality is the result of the influence I’ve been receiving by a mix of elements, hailing both from friends and from unknown people.

This ancient culture deserves my full respect and I believe that using our body as a drawing surface is the most genuine way to express your taste for the artist of the illustration. I think it’s a powerful way of expression through which everybody can decorate its own body with drawings, some of them may be banal, some of them no. I prefer doing it with drawings which are linked to a story, like I did with the rooster tattoo. I initially wanted to have a Toucan tattooed by my girlfriend. When I realized the drawing on the paper did not satisfy me, we both thaught to something different, when she got the idea of the rooster, next to the sentence “high mohawk”. I really liked it and, the day after, I got it tattooed by myself.  Now you get why there’s a whole difference between people who look on the Internet for a cool illustration. This is how my concept of tattoos.

However I want to highlight the fact that now I am not a tattooer, I have the instruments to do it and I practice thanks to my friends but I have no studio nor clients. I try to balance my time between sprays and tattoos but, because of economic reasons, if I had to prognosticate my future, I see myself involved in the tattoos area."

"Your name is known in music world as well.  In this case, have you had any “kickstarters” elements?

"Just like the majority of children, I started playing something with my father’s old guitar. I had a couple of metal/punk/rock band, we were basically making noise in a garage, but I knew I could have been expressing myself in a deeper way.

When I started with Ableton I took it as a game, but then the game turned into something bigger and I started recording my music, available on soundcloud.

My relationship with music is extremely personal and, just like graphic, I cannot see myself into any category. I keep listening to different genres of music. It could also happen that I close myself into my room listening to metal, pop, tekno or hip hop.

Generally, I think music and art are strictly connected, they have the same roots and they were born as an attempt to externalize the natural creativity which each of us holds into himself. It’s something like an universal language thanks to which you don’t need to talk or to understand a particular language. You just have to freely interpret, just the same as music and art were the most primitive form of language."

After our talk with Moe/Hanniballetters, we refresh our #plancArt section Quiet day in Rimini’s centre: talks with friends, a couple of plays with our freesbee and some artisanal beer at Fob, right behind Augusto’s arch. In these nights we talk about almost everything, thc leads our ideas to far places and, as sometimes happens, we are not only talking about old jokes. 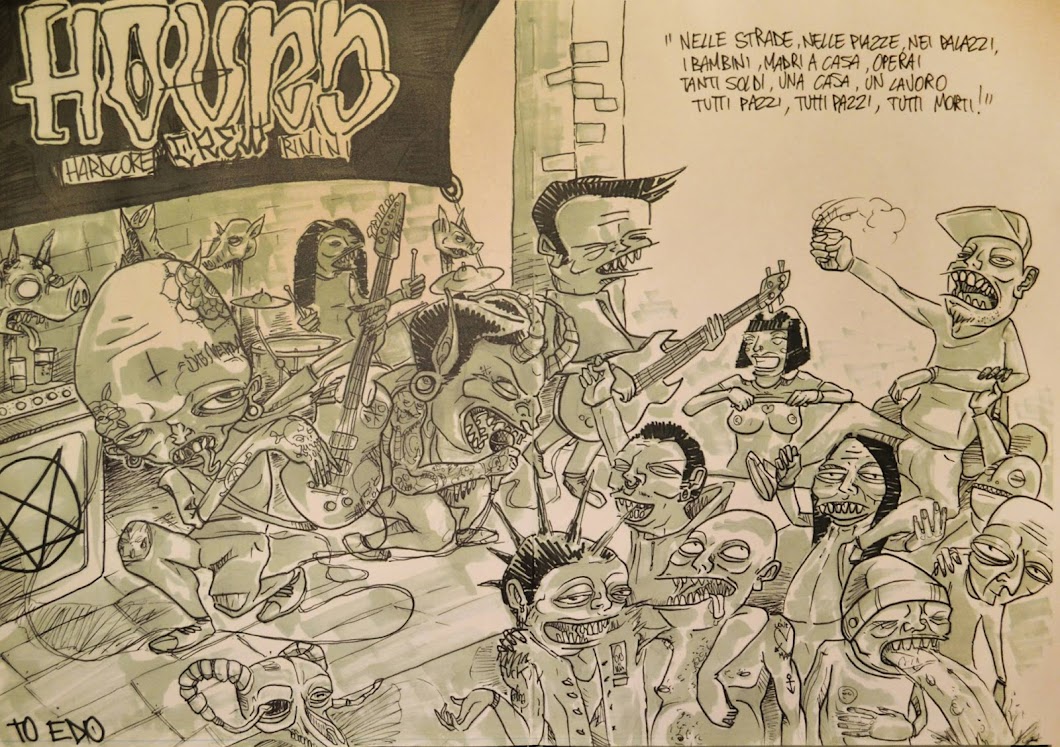 /rebus, writer and tattooer hailing from rimini (IT) 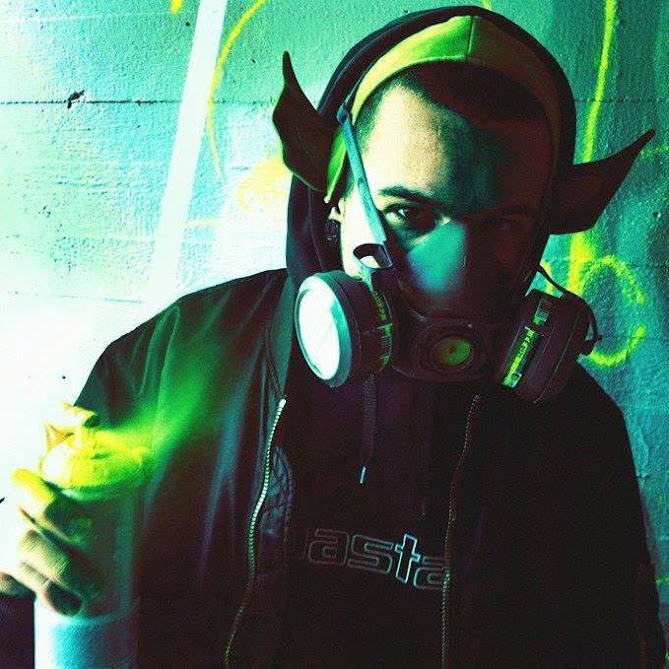 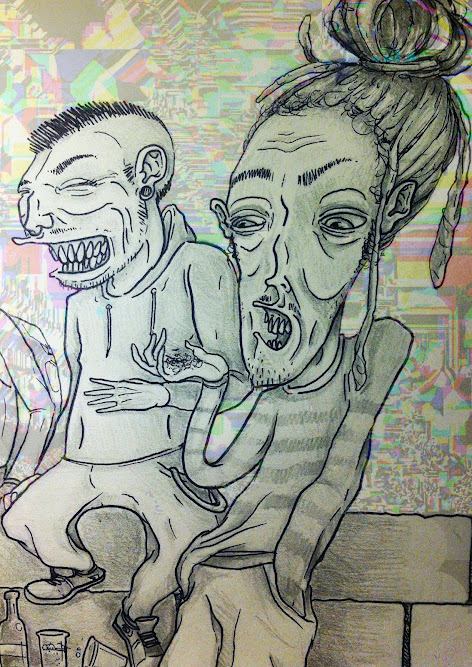